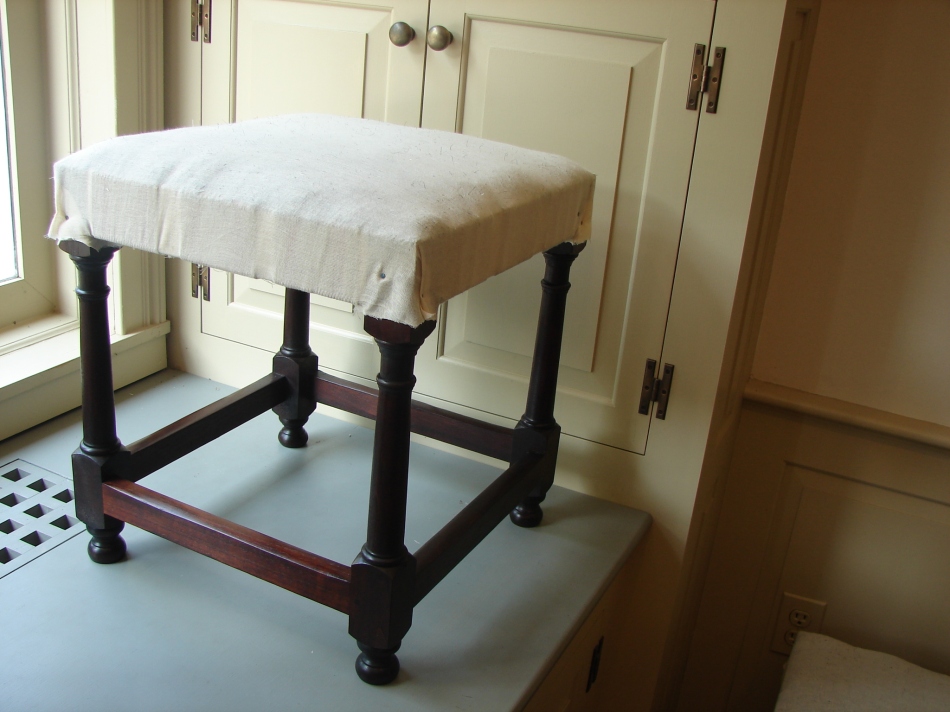 This is a stool I had been wanting to make for a while. It is based on a stool possibly made in Philadelphia between 1680 and 1720. I just love the square structure and simplicity of the doric columns. The original piece is quite small so I scaled it up a bit for a more comfortable seating height.
I upholstered them with jute webbing, burlap, horse hair stuffing and muslin. they need a layer of cotton batting when the fabric goes on. I think a solid color would be best, maybe velvet? maybe tacks? 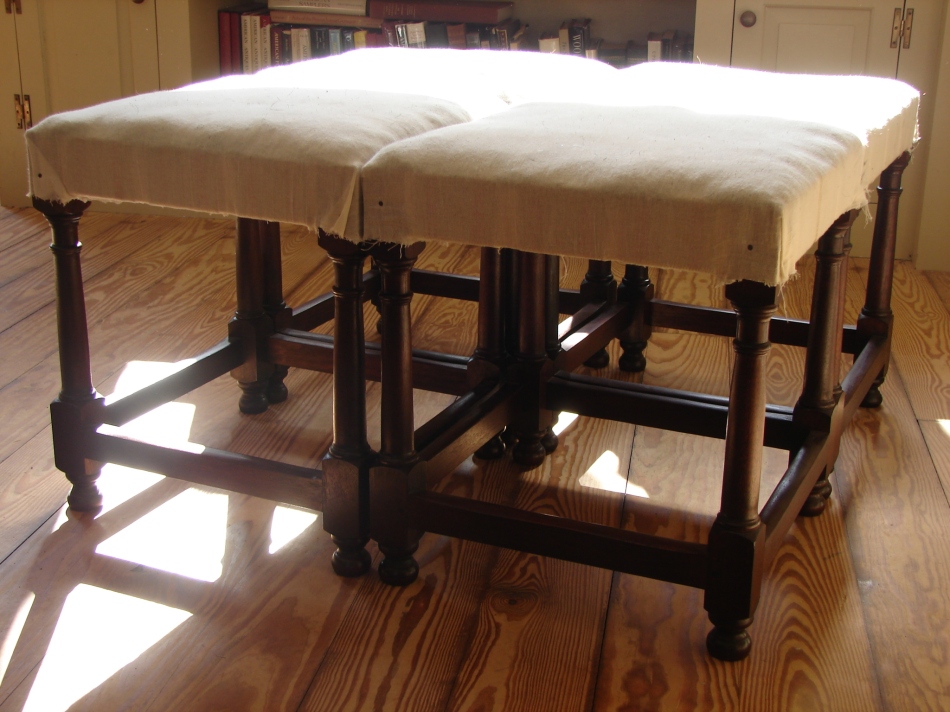 Once I began making the parts for the stool, I realized how great it would be to make a set. They could be used a number of ways and they don’t take up much space. Arrange them in a square and they become a coffee table, though they could still be used for seating during parties (or for tying your kids shoes). They can be used as a window seat or set up in tetris shapes as room dividers. 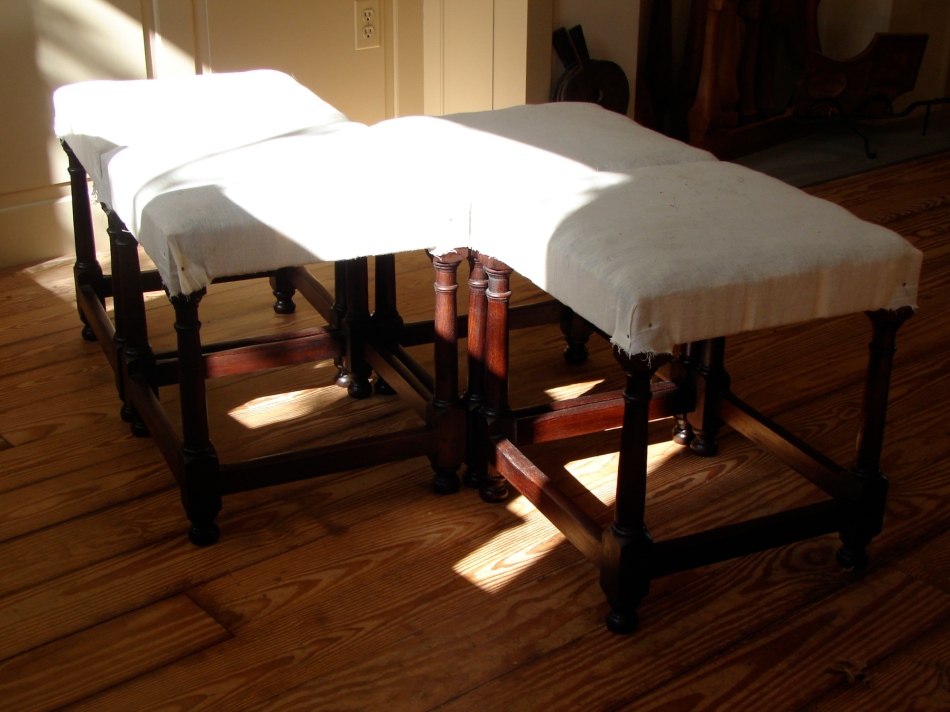 I had a lot of fun making the columns. I lined them up in group of 18. It was cool how light and shadows changed inside as you move around. It would make a great lamp base. 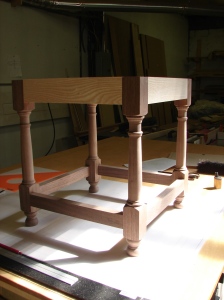 The stool’s legs and stretchers are made of walnut and the rails are made of ash. It is held together with pegged mortise and tenon joints. There are sixteen joints in each stool. 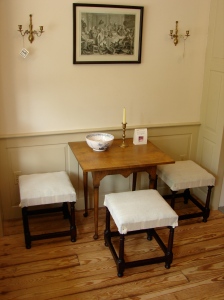 They can be used around a table, like this one or something more modern. This is a curly maple tea table based on examples made by John Townsend in Newport, Rhode Island c.1760-1790. 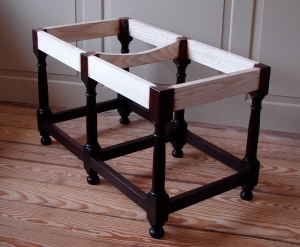 I made a double seat one too!