I start each piece by cutting parts out of boards, or some times one board. It’s a stressful time in the process of making furniture. I have a limited amount of material and have to make the best decisions regarding grain and figure. I’ll be working on these parts for a while and when it’s finished the parts will be that way forever.

Then there is a point where the parts start to take shape. The goal is to make each part like it was made of the same piece of wood. The grain should do the same thing in the same place on every leg, post or crest rail. It’s hard to do. You have to be sure the growth rings are facing the same way when cutting out the shapes. Things start to happen quickly at this stage. 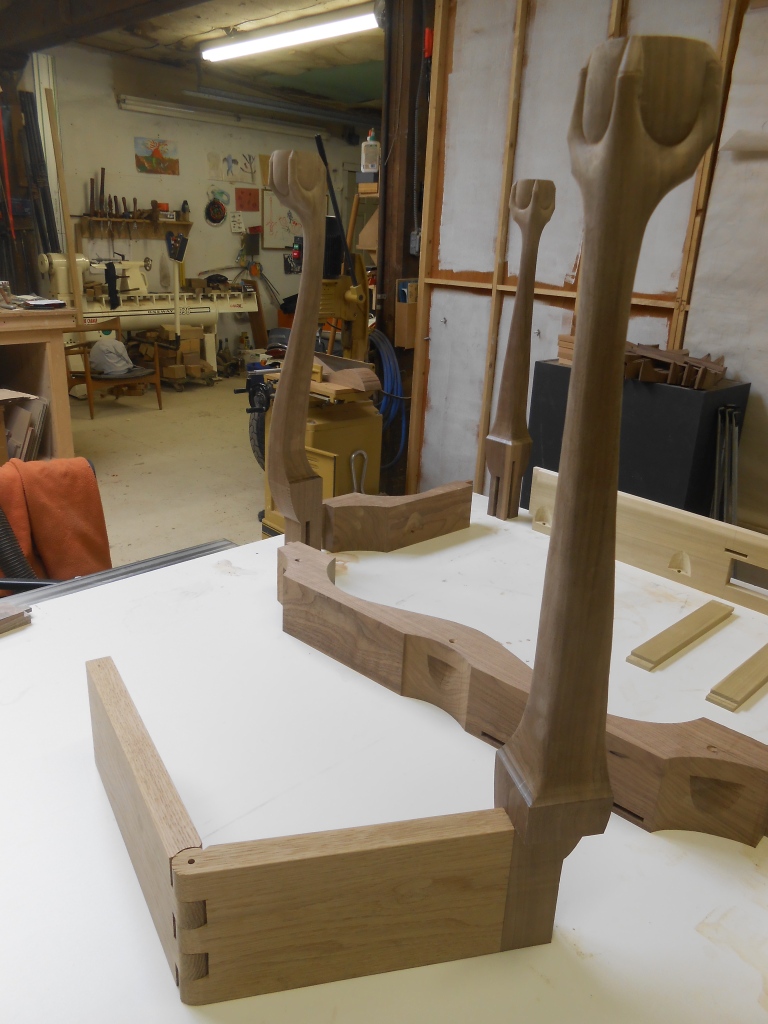 This is my favorite time at the shop. Joints have already been cut and can be assembled. The board starts to come back together again and look as if it is completely natural. I’m no longer making smaller boards, I’m making arms, legs, feet! 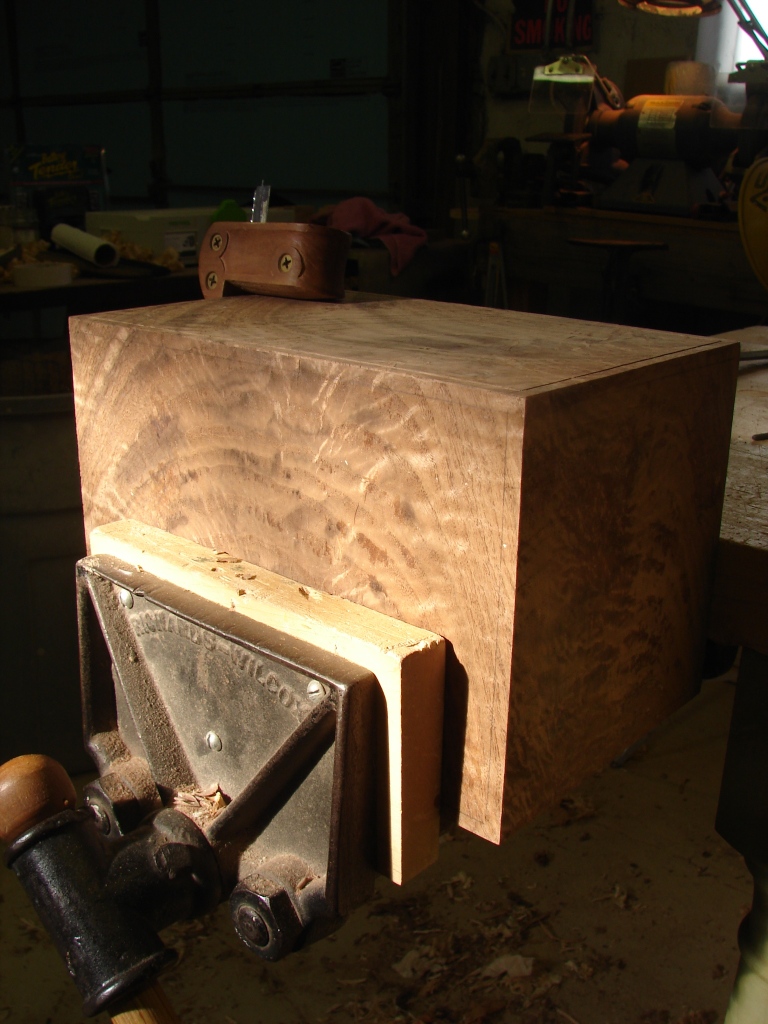 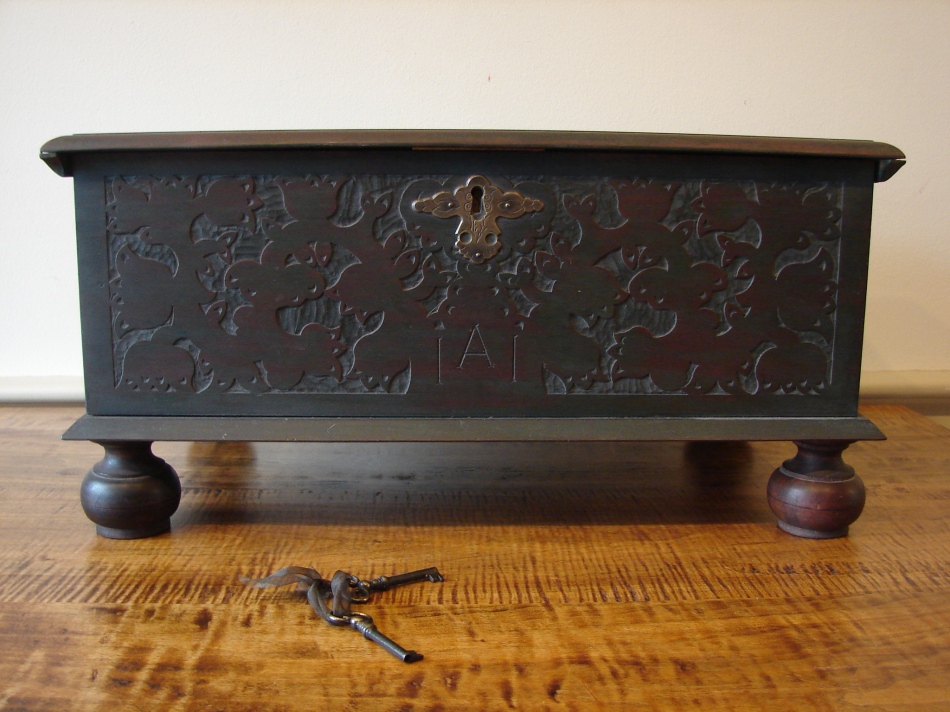 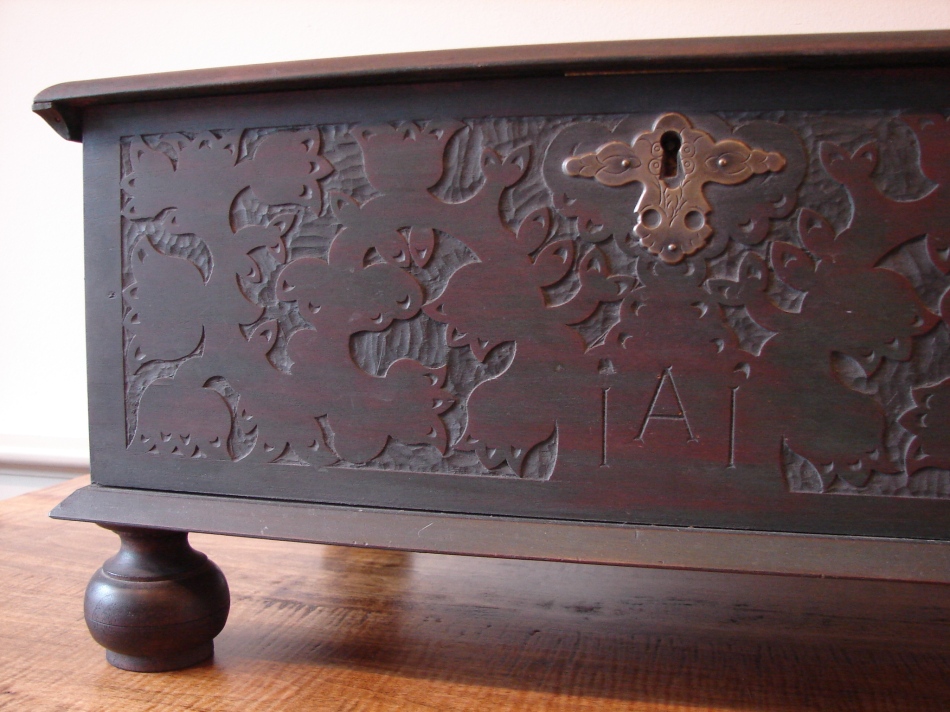 The first sign I made for the store was made of maple and basswood. It has a typical trade sign construction consisting of a frame with a board let into a slot cut into the top and bottom rail. The board is shaped at the top and bottom like a Chippendale looking glass frame. The sides have two different Queen Anne chair splat patterns cut out. The posts on either side are turned with different forms taken from William & Mary table legs as well as the drops at the bottoms. They are topped with flames in the styles of Philadelphia and Boston. I painted it with milk paint, a bad choice for something that lives outside.

I re-painted it a few years later with a phoenix bird in red. Taken from a finial on a famous Philadelphia chest-on-chest. 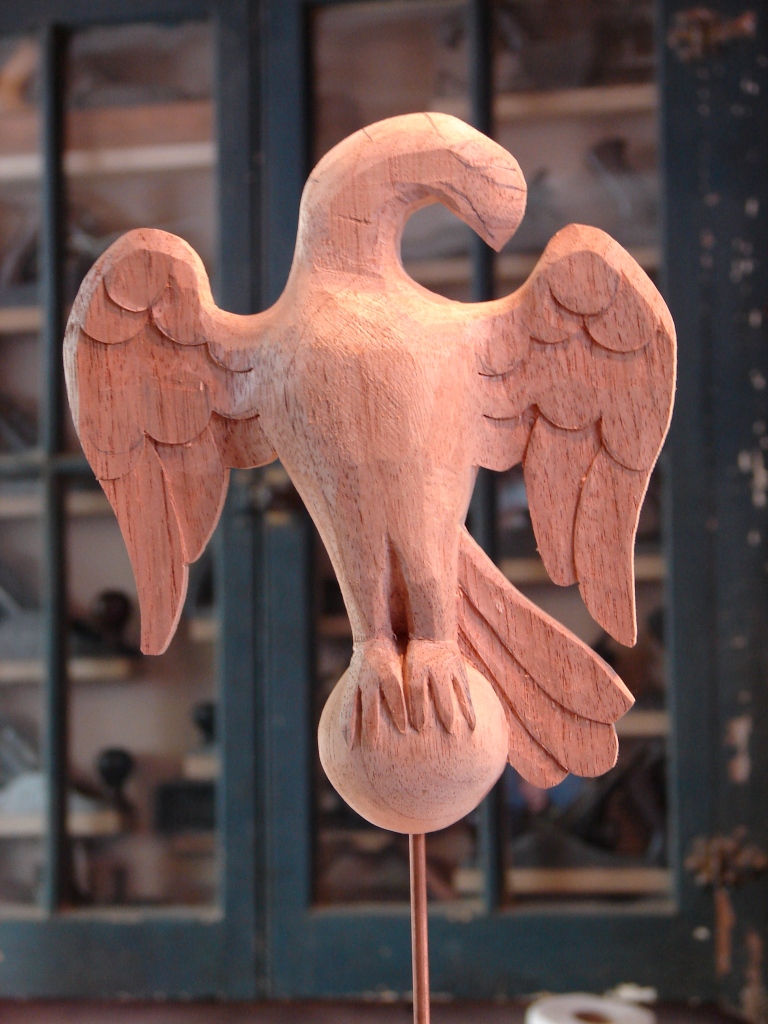 I was looking at some finial carvings from a Boston carver and was inspired to make a new sign. This one had a more eagle like beak but a wonderful long neck and tail feathers. 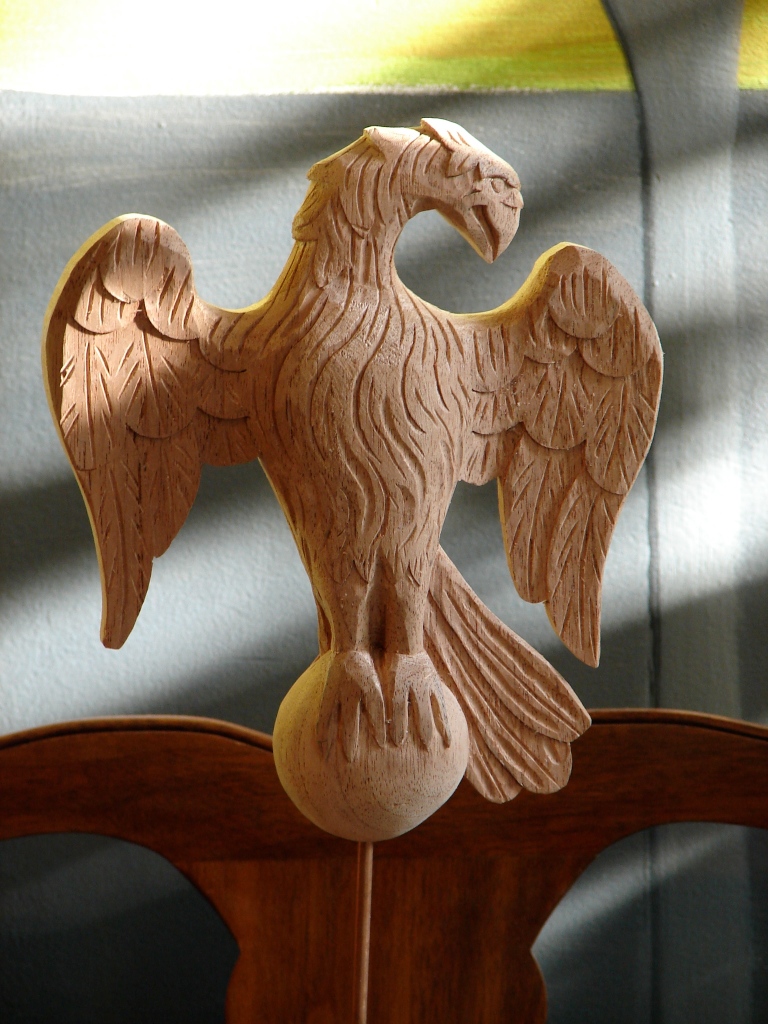 I carved the moulding around the frame with a water leaf pattern and gilded the Phoenix bird with gold leaf.

When I get the time and inclination something like this happens. Here is Moby Dick and Ahab, carved from a 16/4 chunk of poplar and painted with milk paint. What is it exactly? A toy, a weathervane, I don’t know, but it was inspired by both.

Here’s another piece, carved out of basswood and Spanish cedar. It is carved on both sides each with different faces. 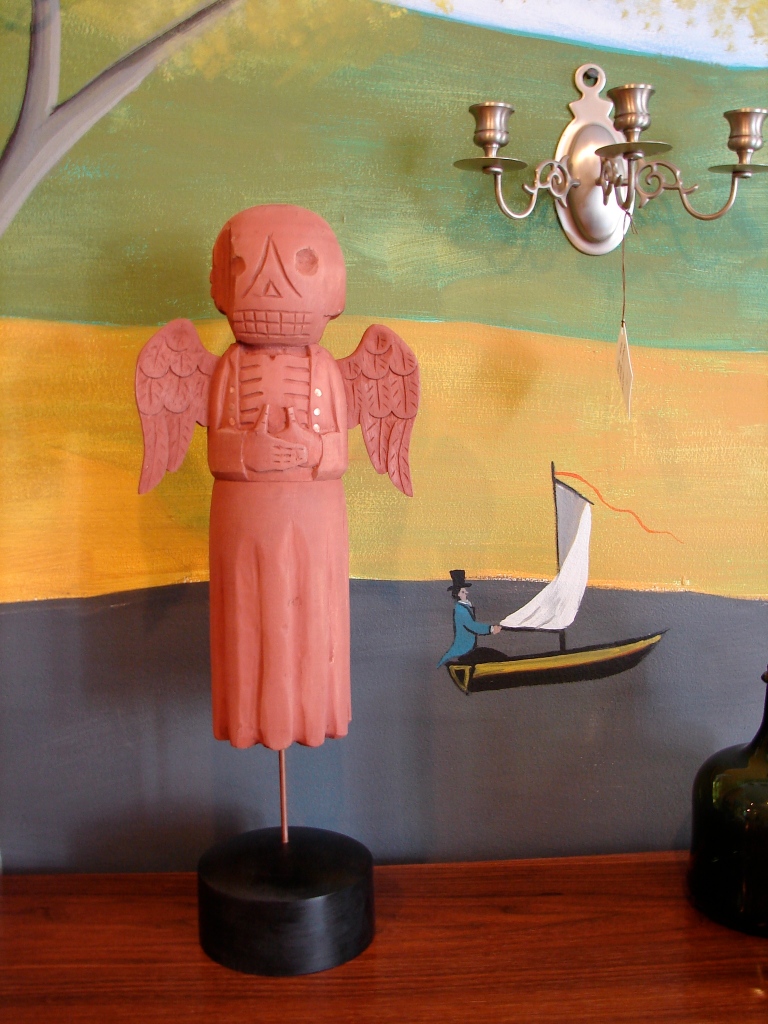